On April 17, as my mother calls me incessantly to come have lunch with her during work hours, I shake my head in disbelief. Just six weeks ago, I was certain I would never hear her say my name again.

I have two very vivid memories of my mother’s sickness, beginning fall of 2019. In the first, I sit by her hospital bed late at night as she lies with her eyes wide open and her mind blank. Her fingers keep fidgeting as if she’s trying to catch something in her hands. She is not aware I am by her side, or who I am. I take her soft, shrunken hand in mine and keep talking intermittent nonsense so she doesn’t feel alone. I’m pretty sure she doesn’t care. In that moment, through tears of frustration as I watch anxiously for a single sign of recognition, I have already lost my mother. She is breathing, staring at something I can’t see, but she isn’t alive as she once was. I am certain she will never be.

The second memory is from several months before the hospital bed. I am in my bedroom in my parents’ home. I pull myself up from the bed to look at my mother standing at the bedroom door, looking at me uncertainly, a hot cup of tea in hand.

“Tumharey liye chai banayi thee,” she says sheepishly, half expecting me to tell her to leave me alone as I have so many times before.

But this time, I jump out in alarm.

“Ammi! You’re not supposed to take the stairs alone, definitely not with chai!”

I take the cup from her and gently lead her upstairs, where we sit at the kitchen table and drink tea in silence.

One would think my memory of the night at the hospital with my mother not remembering me would be worse, but it is this moment, seeing her standing on her feet with that cup of tea that haunted me the most as she got sicker. It made me never want to sleep in that bedroom again. How I longed for her to hover over me again, hating myself for every time I had told her to go away.

Because in the days following this encounter, Ammi would soon lose her ability to walk, let alone take stairs, and eventually, to turn the stove on or make tea. She would forget how to write a full sentence, or read one, or all of the prayer verses that once flowed from her lips five times a day. Her mind, once a reliable treasure trove of names and dates and medical facts would become blank as a baby’s. Just a few things would remain. That she was a mother of three children, and that the year was 1985 in Karachi, the town she left for Maryland a decade ago. 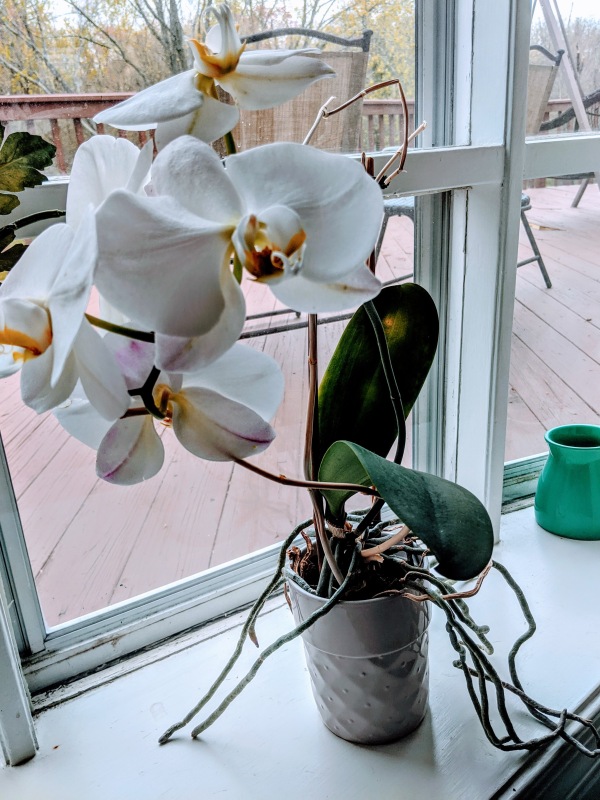 This story has an unexpected happy ending. My mother came back to us. Amazingly, the tiny yet lethal tumor in her brain that was incorrectly diagnosed as late stage dementia is no longer presiding over her physical and mental faculties. It’s not completely gone, about five to six percent of it lives on, sitting right next to a facial nerve as a forever reminder of what she went through. But a whirlwind medical intervention that’s the stuff of a Hollywood film saved her life.

My brother, her first-born and only child to follow her footsteps in the medical profession, discovered a new study conducted at McGill University linking her supposedly benign tumor to everything a tumor isn’t supposed to cause. He doggedly pursued her doctors, made them read the study, forced them to come up with a work plan they were only half confident would work. In true Amitabh Bacchan fashion (my brother would appreciate the comparison), he saved the day just in time before we all went up in flames. Oh yeah. That’s exactly what losing our mother would’ve done to a family like ours.

For months my brother, sister, father and I had been saying a long, painful goodbye to the woman who held our constantly at-war family unit together. Through her breakneck speed memory loss, falls, loss of balance, and eventual decline into complete dependence, we had prepared ourselves for her loss in ways all family members of Alzheimers and dementia patients are familiar with.

During the month she stayed at the George Washington Hospital’s neurosurgery unit, I would spend the day with her while other family members took the night shift. After long days at the hospital, I would often turn up at a dear friend’s apartment, crawling into a bed miles away from the bedroom where my mother’s ghost stood at the door with a steaming cup of tea.

That bed was my only solace in weeks and weeks of hospital duty. Sometimes I would cry uncontrollably and blame myself endlessly for the times I had been a dick to my mother as my friend patiently heard me out and convinced me otherwise. Other times, I would simply lie awake all night, silently counting hours until I would drive back to the hospital.

Ten days after her surgery and in the middle of a global pandemic, my mother returned home, on her feet. I hesitate to say she is back to her old self because there are some parts of her she may never regain. Like her old physical strength and large swathes of the past six months that are blank spaces in her head. We’re talking Eternal Sunshine of the Spotless Mind blank. That’s not a bad thing though. I sometimes envy her for losing those spots.

Literally everything in my life took a backseat during my mother’s all-engulfing illness. It has now relaunched in the strangest time in our generation. Work, friendships, love, much delayed introspection, everything was on hold as I dug a giant hole in my universe in the shape of my mother, fully expecting to lose her. I now have a minute to catch up. And even though 2020 has so far already packed a lifetime of trauma, relief and recovery, if I’ve learned anything from it, it is that it’s a real gift to suck at predicting the future.