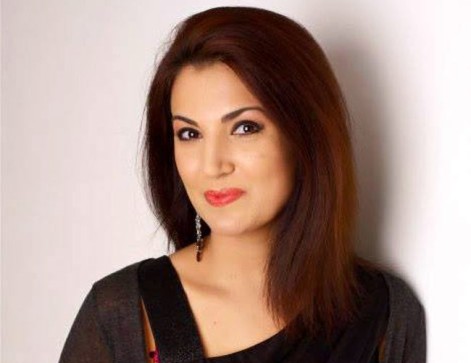 In a country where the odds are stacked against most women, Reham Khan’s scolding them for not taking responsibility for their plight is disingenuous.

It happens more than one would expect, but it is always confounding when women of power and privilege choose to patronize other women in a bubble of arrogance over their personal successes. Reham Khan, media personality and new wife of politician Imran Khan is the latest offender in this list.

As she gushed about her marriage in a fawning India Today interview by Mehr Tarar, she suddenly threw this zinger toward women: Stop whining.

This advice comes from an independent, competent, and successful career woman who has overcome hardships in her own life (she has raised three children as a single mother and alleged domestic abuse in her first marriage). It would have been laudable if given her new-found influence, Mrs. Khan had chosen to stick up for millions of women in her home country who are fellow victims of domestic abuse as well as of myriad other forms of oppression or discrimination at home as well as work. And yet, all she chose to say when asked about the place of women in the Pakistani society was: “I really think women need to stop complaining. I’m very unsympathetic to whiners. Stop making excuses for yourself.”

While her words seem to chide women for accusing men for their failures and ask them to take responsibility for themselves, they also seem to come from a very limited view (or understanding?) of the very real challenges women who aren’t as well-born or fortunate as she face throughout their lives. They fail to take into account all that could possibly go wrong in the life of a woman brought up in an average Pakistani household without her actually causing it.

After all, an average Pakistani household is highly likely to discriminate against female members in the choice of their education, healthcare, nutrition, marriage, and career; all factors that could cause them to fail in life in spite of their best efforts. At least 90 percent of Pakistani women earn half of what their male counterparts do despite working the same hours. The number of incidents of violence against women in Pakistan increased by at least seven percent in 2011-2012. Statistics abound to show the inherent disadvantages girls face while growing up and throughout adulthood that pretty much ruin their chances of becoming, say, a successful anchorperson or a self-sufficient single mother. More often than not, they are doomed from the get-go, just by the virtue of being born female.

So should the response to such failures, which do in fact have causes outside of women’s control, be to shut up and stop whining? What if complaining is the only fight some women have left, and what if it is the first step toward giving future generations of women a way out? What if staying silent only empowers the upholders of the status-quo?

You don’t need the feminist label to be empathetic toward the very real, very serious problems of gender disparity in the society you live in now, Mrs. Khan. It seems by saying what you did, you are trying hard to steer away from that label. But in your efforts, you end up sounding more like the infamous royal Marie Antoinette than the role model you wish to become. Not only did you ask your less fortunate peers to go eat cake, you lost out on a powerful opportunity to stand out among a host of privileged, politically prominent women in Pakistan who have equally failed to help their fellow women rise above the limitations imposed upon them by an oppressive culture.

7 thoughts on “Don’t tell women to shut up”